Harry Potter & The Prisoner of Azkaban

Source: The third film in the Harry Potter series and follows Harry, Hermione and Ron as they track down Sirius Black who escaped from Azkaban. 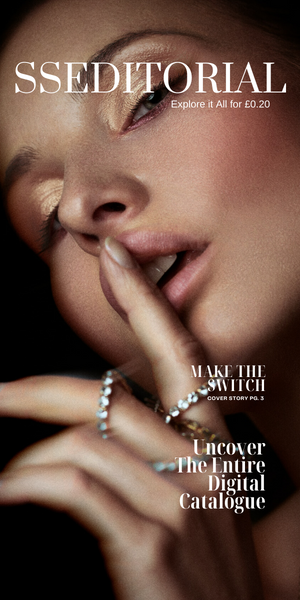 Source: A solid murder mystery befalls the group when their father figure dies. He dies with a large amount of money to his name and they all want a slice.

Source: This movies follows three comedic witches who are resurrected by a young boy near Halloween.

Source: This film follows Lorelai, the daughter of a wealthy family and her daughter, Rory, whom she raised by herself at the age of 16.

Source: This film follows four sisters who are coming of age and navigate life from childhood to adulthood.

For me, autumn is the best time of the year. However, with so many responsibilities and daily stressors, sometimes it’s difficult to stop and enjoy it. So, to ease the stress, I’ve prepared a list of autumn movies to help me get into the right mood and genuinely appreciate what this season offers – I hope you enjoy my recommendations!

Harry Potter and the Prisoner of Azkaban

The Harry Potter Franchise has become an iconic symbol of the autumn and winter seasons. There are plenty of unearthly themes for Halloween to get you in the mood for the spooky season – especially in the Third Part! The Prisoner of Azkaban features the darker colour palette of a more mature plot, accompanied by pumpkin-featuring dreary landscapes, perfect for grabbing a hot chocolate and bedding down on a rainy day. If – like me – you are a Harry Potter fan, you’ll also enjoy the warming nostalgia wrapping around you like blankets for a cosy night-in.

With the sad passing of Robbie Coltrane, who played the iconic Hagrid to perfection, you have an extra excuse to revisit the franchise and honour his memory.

Do the colder seasons get you in the mood for some sweet 90s nostalgia? Goosebumps first aired in 1995, becoming a fixture of many childhoods. Although it may seem far less scary as an adult, it nails a creepy atmosphere that will put you in the mood for Halloween – but who says the spooky season must end in October? There are plenty of hours to binge.

Each episode features teens dealing with a frightening scenario, such as a haunted house or amusement park, dolls that come to life, and all kinds of monsters on their tails. Apart from reminding me of my childhood, my favourite thing about the show is that it always has a dark ending.

When the temperature drops and the air turns crisp, sometimes the most exciting thing you can do on a Saturday night is to nestle under the covers with a mug of hot chocolate in hand. Of course, you need good autumn movies to get totally and utterly engrossed in, completing the picture.

Knives Out is one of the best recent releases; a perfect mix between comedy and mystery to keep you entertained, even if whodunnit isn’t usually your thing. The movie is worth watching if you need a little push to get yourself excited for fall. One of its highlights is gorgeous autumn shots and cosy sweaters everywhere.

After completing a list of movies I want to see before November ends, I’m convinced that the recipe for fully immersing yourself in the autumn atmosphere is choosing a film set in the 90s. Something about that aesthetic screams fall – even better if it’s Halloween-themed too!

For example, Hocus Pocus is a classic that never gets old; it somehow combines both the cosiness and the spookiness, and the adventures of the witches are super fun to witness. So even if it’s not a part of your childhood, make sure to give it a go. I watched it for the first time a few days ago and had a blast.

When you think of autumn, what comes to your mind? Apart from the orange aesthetic and Halloween, I think of that comfortable, cosy feeling that screams Gilmore Girls. For those who don’t know, the series is a comedy-drama following a daughter’s relationship with her single mother. Upon moving to a small town, they form new friendships and face various obstacles.

The show is like comfort food and a heavy blanket in one due to its predominantly fall aesthetic, light-hearted themes, and relatable characters. If you’re looking for an easy watch with a healthy dose of drama, you won’t be disappointed.

There’s no better way to lift your mood than watching a coming-of-age drama, especially if it can teach you essential lessons such as gratitude and acceptance. I don’t know about you, but I see fall as a transition period, literally and metaphorically, and I enjoy movies that can bring my focus back to what I value the most in life. As the name suggests, Little Women is a story about sisters who enter womanhood and struggle with ups and downs – relatable to every woman. And even if their challenges don’t resonate with you as much, you’ll appreciate the beautiful cinematography.

How to Have a Green Christmas!

Are You A ‘Cool Girl’? Here’s Why You Shouldn’t Be

I’ve Just Tested Positive For HPV & I’m In a Relationship: Now What?

How to Have a Green Christmas!

How to Enjoy This Holiday Season Solo